Home / Welcome to our Geodesic World! / Geodomes in Space

The Importance of Space Missions & the Role of Geodesic Domes 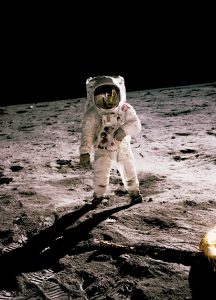 When man first stepped foot on the moon in 1969, the idea that humankind would colonize space began to actually become a possibility. Before this moment in time, space was quite literally seen as a “galaxy far, far away” by most people. With space exploration increasing over the last half of a century, scientists are finding more evidence that it might be possible to sustain life on another planet, and evidence is quickly stacking up that we might need it.

With greenhouse gases at a 4.5 million-year high and the impacts of climate change showing up in increasingly dangerous ways, it has become clear that our current planet may not be able to sustain humanity forever. NASA has led many space exploration programs to try and pin down exactly what it would take to sustain life on another planet, and while we haven’t fully succeeded in sending normal people to start over on another planet, we get closer each day.

If this vision comes to fruition, it’s going to require us to figure out how to use many products from Earth in a new way. The acquired feedback from Space missions would also contribute enormously to our missions to save the planet earth via self-sustainable habitats. Geodesic domes have been considered a popular candidate as the structures needed for future space dwellers, but there’s a lot we have to figure out before we can ship some domes to another planet and get them ready to be home.

Space Missions are Vital to Our Future 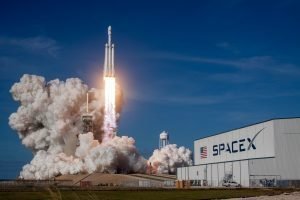 Earth is our home; it’s our very favorite planet in the entire galaxy, but the odds that it can withstand the demands placed on it by humans are rapidly shrinking. Over the next 70 years, the homes of 200 million people will likely be underwater due to rising tide levels. Natural disasters are increasing in intensity and quantity year over year, and at some point, humans might have to make the switch to a new planet.

While the possibility of losing our home planet is devastating, we must do the preparation and research now to prepare for the worst-case scenario. The leaps and bounds that scientists have made in studying space are astronomical – no pun intended. By studying Mars, scientists have been able to get an idea of the planet’s history as well as the similarities and differences that are present when comparing it to Earth.

Is Mars Our Next Home Planet? 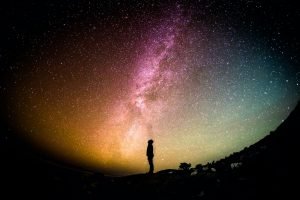 Mars is the closest planet to earth in distance and shares some striking similarities, but it also has vast differences that have left scientists wondering if it’s a viable planet to colonize. For instance, Mars’ atmosphere is largely made up of carbon dioxide, limiting the amount of oxygen humans would have access to on the planet. Additionally, there is much less gravity than on Earth and the surface of Mars is too cold to sustain human life. So with all this information, it seems like it might be impossible to live on Mars, right?

Wrong. It’s correct that we couldn’t live on Mars in the same way that we live on Earth, but scientists have started planning prototypes of habitats that could sustain human life and allow us to live in a connected society, even on Mars. The technology is still under investigation, but there’s something that is often seen in these designs: GEODESIC DOMES!

Our geodesic domes are perfectly designed to withstand weather and everyday wear here on Earth, but a lot of work would need to be done to get them ready for a Mars debut. Still, it’s exciting that the dome structure is being considered in space exploration, likely due to the fact that it provides the most space with the least amount of surface area, which will be a key factor in colonizing another planet.

Additionally, while the materials needed will probably be different, the design used at Ekodome offers a simple assembly, reinforced structure, and easy creation in mass quantities. The vision at Ekodome may help scientists build initial habitats with self-deployable, foldable, and reinforced structures that would occupy minimal space in space crafts during long journeys to deep space. When trying to move the entire human race to a new planet, efficiency and strength will be key, and geodesic domes mathematics offers both.

While organizations like NASA are taking care of all the work to get us to space, it’s innovative businesses like Ekodome that will make it possible in the end. As we mentioned, Earth will forever be our favorite planet, but our vision is to be the best dome manufacturer in any geography – even in space! We offer a seamless user experience through easy assembly and durable designs, and we’re always up for a new challenge, even if that means figuring out how to build the perfect geodesic domes for space living.

We’re such big proponents of space exploration because it has, historically, brought great benefits to all of us on Earth. Many products that we use every day were designed for astronauts or to serve a purpose on a space mission, and we feel that continuing to explore new planets will ignite innovation and creativity for years to come.

For instance, your coveted camera on your phone is what it is today because, in 1990, NASA’s scientists needed to create a camera that was small enough to fit on a spacecraft while maintaining photo quality. Freeze-dried food is another invention we have to thank space exploration for. Scientists needed to figure out a way to get nutrient-dense food to space for missions and the result was freeze-drying food. This method also made the food weight much less which was critical as well.

The point is, we can either explore space and learn from it, or we can continue to let it be a mystifying topic that we don’t know much about. However, choosing the former is probably better for the survival of humans.

See You in Space (In an EKODOME, Of Course!)

The idea of living in space in air-tight geodomes seems a bit dystopian, but it may be closer than we think. The more we prepare, the better off we’ll be. Perhaps, we can even find the secret to saving our own planet through what we can learn from space exploration. Earth will always be our home, but if we do have to make the big move, we’ll say hi in the hallways as we move from one geodome to another on Mars. 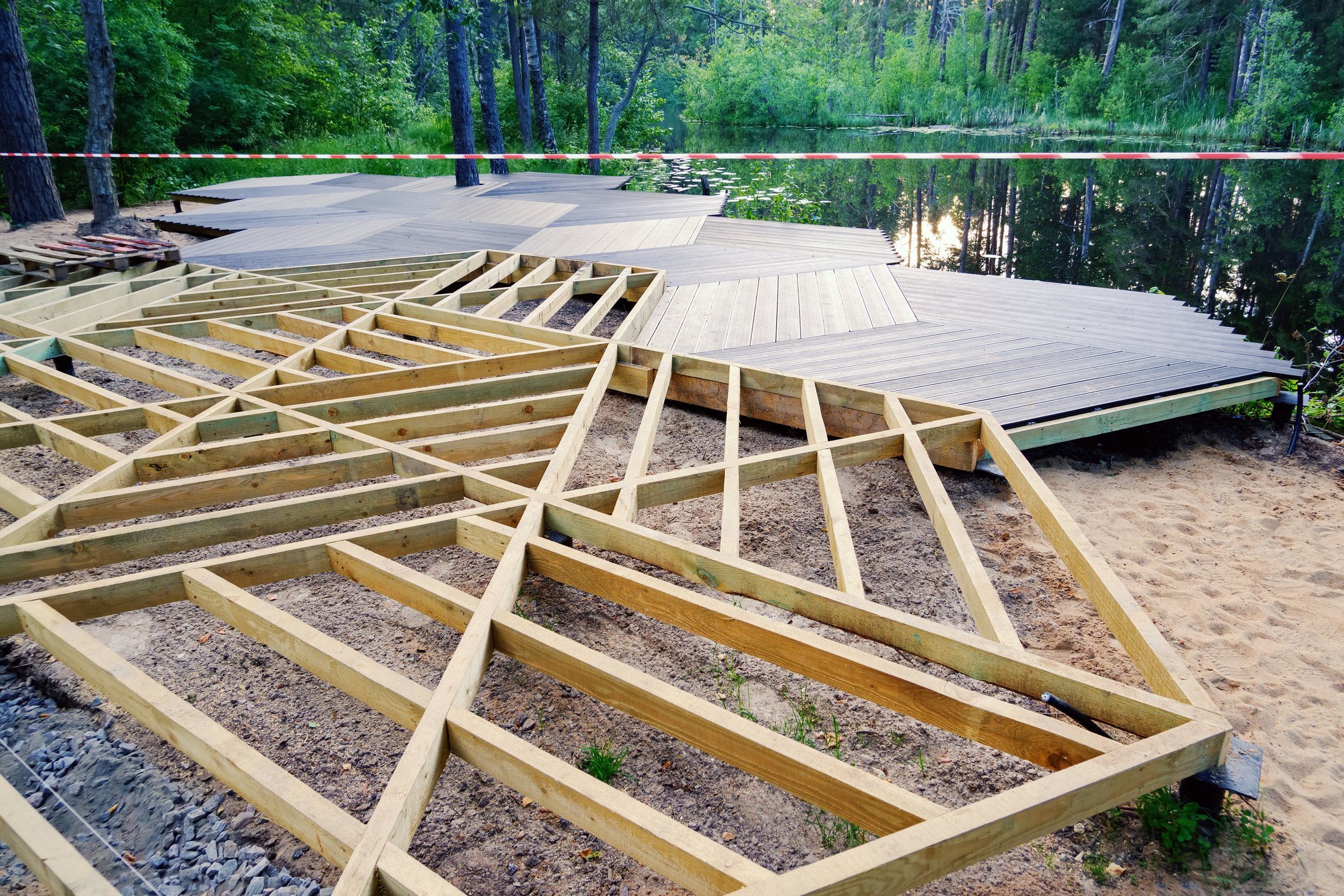 How to Build a Deck for Your Dome 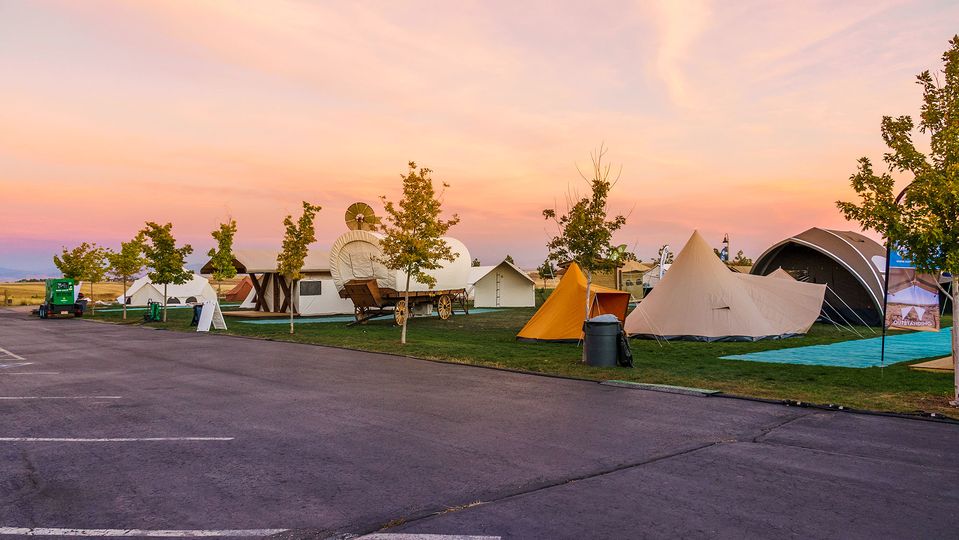 The Juice is Worth the Squeeze: Investing in Your Glamping Business Pays Off 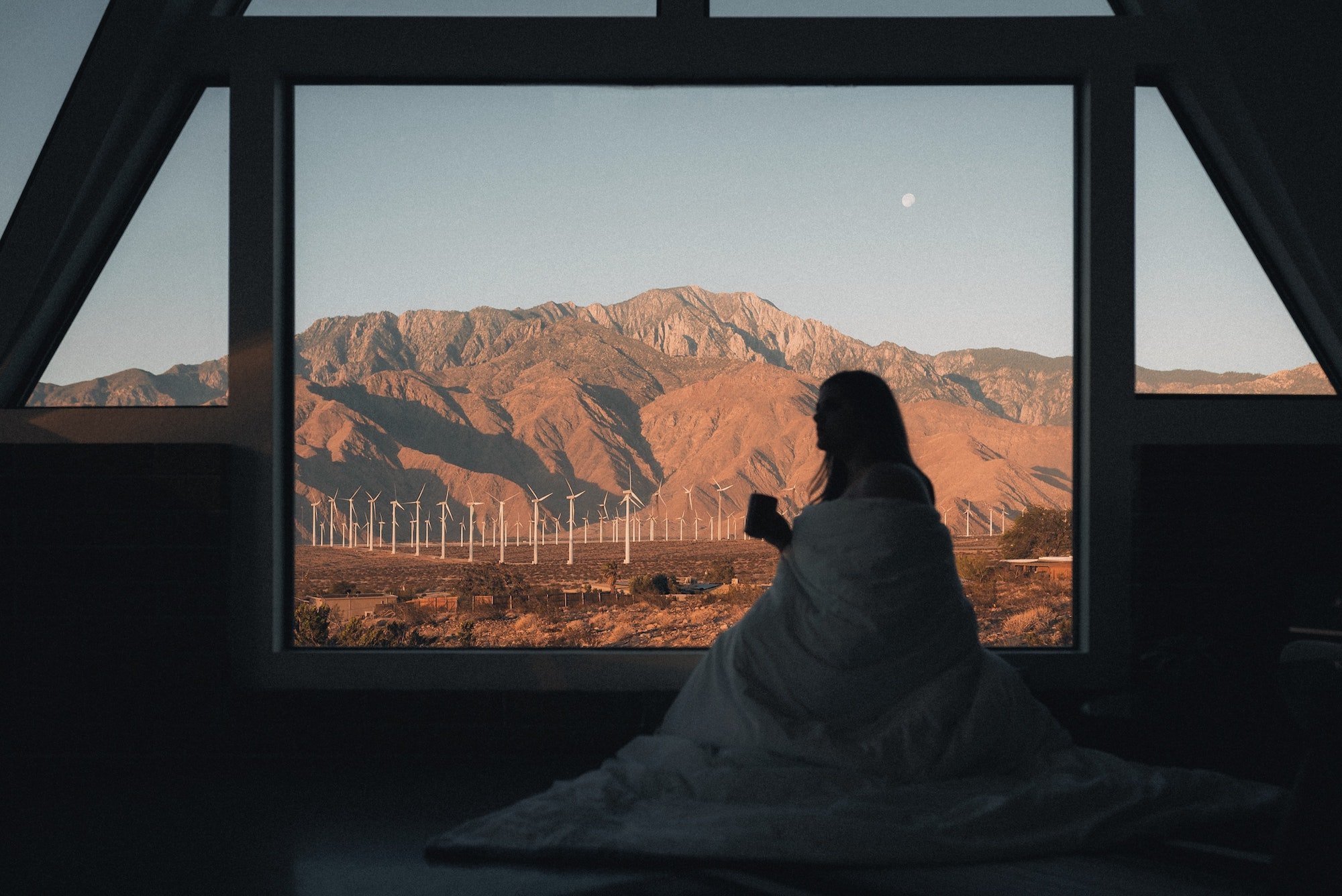 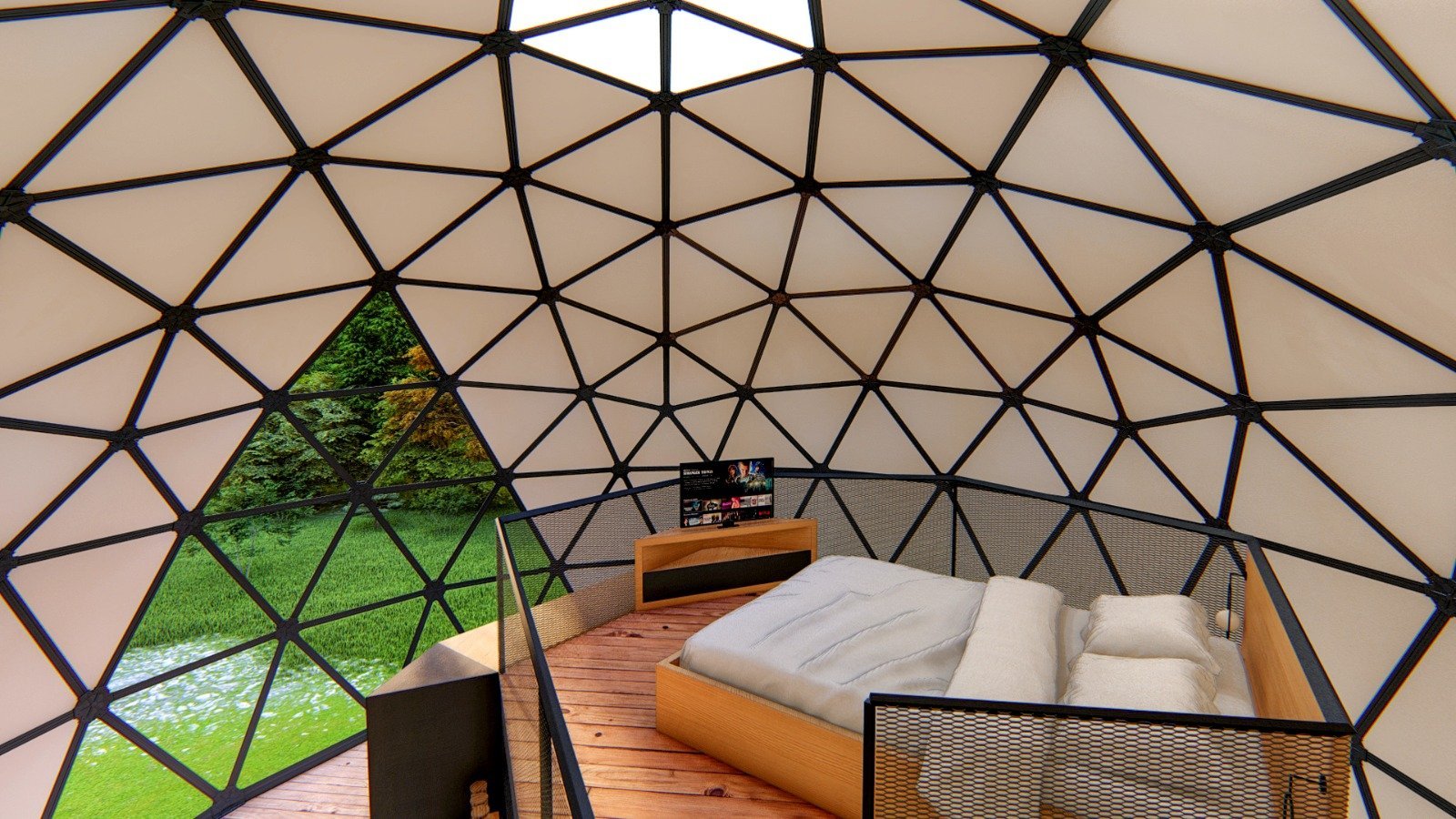 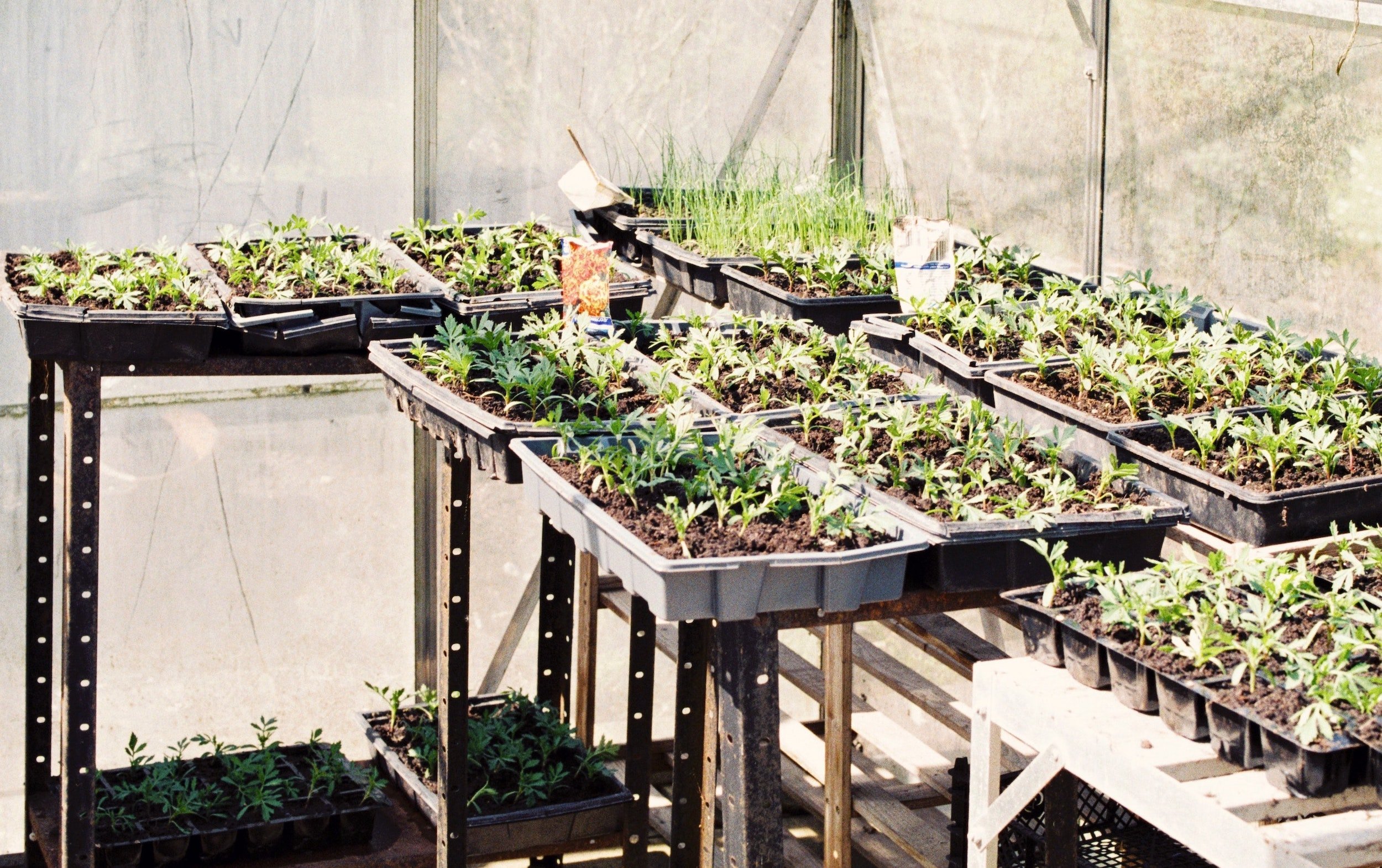