Home / Welcome to our Geodesic World! / The history behind Geodesic Domes

The history behind Geodesic Domes

If we all agree that geodesic formations originate from common geometric patterns in nature, then it is also true to say that the geodesic dome wasn’t actually “invented” by anyone.

But every story has a beginning, right? Surprisingly the story of geodesic domes is quite recent. 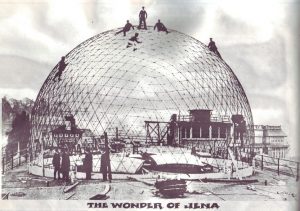 The Construction of Geodesic Dome for Zeiss Planetarium

It was only 1919 when German engineer Dr. Walther Bauersfeld decided to install projector lights inside a stationary dome to build a more massive planetarium for Zeiss. Until that time, planetarium domes used to rotate while the light was coming through holes of the dome shell, to simulate the stars and planets. This design at that time had some burdens in terms of the dome’s size and capacity. Bauersfeld needed a more massive dome to install projectors inside. So he built his first model at 52 ft (16 m) in diameter, resembling an icosahedron, a polyhedron with 20 faces. Bauersfeld redivided each face into smaller triangles, then built the framework with those triangles using 3,500 thin iron rods. To construct a spherical shell over this framework, he first raised a spherical wooden structure inside the frame and coated it with a concrete mix. He designed the shell to be the same equivalent thickness of an eggshell, relevant to its diameter. This ratio was considered appropriate later on for geodesic domes.

Bauersfeld’s design was a great innovation. But the geodesic dome structures found their soul mate thirty years later in the US, the American architect Richard Buckminster Fuller. He may not be the inventor of geodesic domes, but he is the one to systematize and improve the mathematics for building geodesic domes. 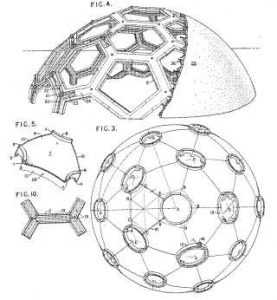 The initial patents for Geodesic Dome Design by Buckminster Fuller

After WWII was over, Fuller worked on building affordable and efficient housing made of mass-produced components. He was known to be a futurist of his own era, so eventually, he always stood outside of conventional approaches. Fuller was attracted by spherical shapes due to the space gained with minimum use of the surface area. He first created a web of circles on a sphere by using strips, where the centers of the circles were coinciding with the sphere’s center, and the strips were forming triangles as they crossed each other. He named this design as geodesic dome because great circles are known as geodesics. Eventually, Fuller developed his design by using hexagons and pentagons instead of circles, to benefit from the strength and ease of use that a triangular shape brings. 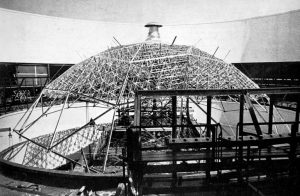 In 1953, Fuller was asked to use his new design in renovating Ford Motor Company’s visitors center in Michigan, aka the Rotunda. Although the 10-story building constructed of plastic and steel was an ode to futurism in those years, it was not designed to support a traditional dome’s massive weight. Fuller’s invention weighed 95% less, was visually striking, and, most importantly, easy to install. He covered the Rotunda’s 93-ft (28-m) diameter inner courtyard with his new dome system in only three months. He raised a temporary column in the center of the courtyard to support the dome during the construction phase, then he incrementally built the structure section by section. The frame consisted of 12,000 aluminum struts and weighed only 3,750 lbs (1,700 kg). Once the whole framework was completed, each triangle was covered with a clear fiberglass panel to complete the dome. We lost the Rotunda to a fire in 1962, but this is how we gained geodesic domes as a form of architecture, thanks to Bucky.

“Bucky” was already a phenomenon with his inventions like Dymaxion Houses and Dymaxion car, so his work at Rotunda immediately caught everyone’s attention. Later in 1954, he introduced geodesic domes as homes with his first patent for a geodesic dome. He promoted geodesic domes as a symbol of freedom, highlighting its lightweight structure and ease of construction. These highlights appealed to various communities like the military, hippies, artists, environmentalists, and do-it-yourselfers. 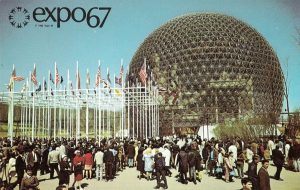 In 1967, he built the famous “Biosphere” for the US pavilion at World Expo’67 in Montreal, Canada, as a 76-meter diameter geodesic dome. Fuller later claimed that it’s even possible to surround mid-town Manhattan in NYC with a two-mile-wide temperature-controlled dome like the one he built at the Montreal expo. This never happened, but governments started using dome structures such as weather stations, long-range radar stations, storage depots, and even Arctic research stations. Some domes built in the Arctic area have been surviving winters for 50-60 years. 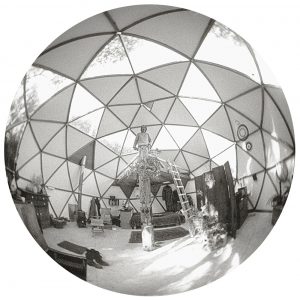 Lloyd Khan building domes with his infamous Domebook I manuals

Influenced by Buckminster Fuller, in 1968 Lloyd Khan started building geodesic domes. This resulted in a job coordinating the building of 17 domes at Pacific High School, an alternative school in the Santa Cruz mountains. Experimenting with geodesic domes made from plywood, aluminum, sprayed foam, and vinyl, children built their own domes and lived in them. Jay Baldwin built a dome covered with vinyl pillows. When Buckminster Fuller visited the school in 1970, he commissioned Baldwin to build a replica of the dome on his property in Maine. The school received media attention.

In 1970 Kahn published his first book, Domebook 1, followed the next year with Domebook 2, which sold 165,000 copies. In 1971, he bought a half-acre lot in Bolinas, California, and built a shake-covered geodesic dome (later featured in Life magazine). After living in his dome for a year, Kahn decided domes did not work well: he stopped the printing of Domebook 2 and disassembled and sold his dome. 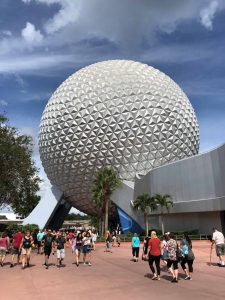 The visual appeal of geodesic domes grabbed the attention of tourist attractions as well. In 1982 Walt Disney World Resort in Bay Lake, Florida, built the Epcot Center as a 165-ft (48-m) diameter sphere, made of composite panels of ethylene plastic and aluminum. The Epcot Center is an adaptation of Buckminster Fuller’s geodesic dome in Expo’67. The construction took over two years, and it is considered one of the most recognizable geodesic dome in the world. Other worldwide famous domes structures include the Tacoma Dome in Washington State, Milwaukee’s Mitchell Park Conservatory in Wisconsin, the St. Louis Climatron, the Biosphere desert project in Arizona, the Greater Des Moines Botanical Garden Conservatory in Iowa, and the Eden Project in Britain.

We are thankful to Bucky and all others for their inspiring works. As Ekodome team, we’ve been always passionate about geodesic domes, and here’s how our story began.

Things to know before entering the Glamping Business 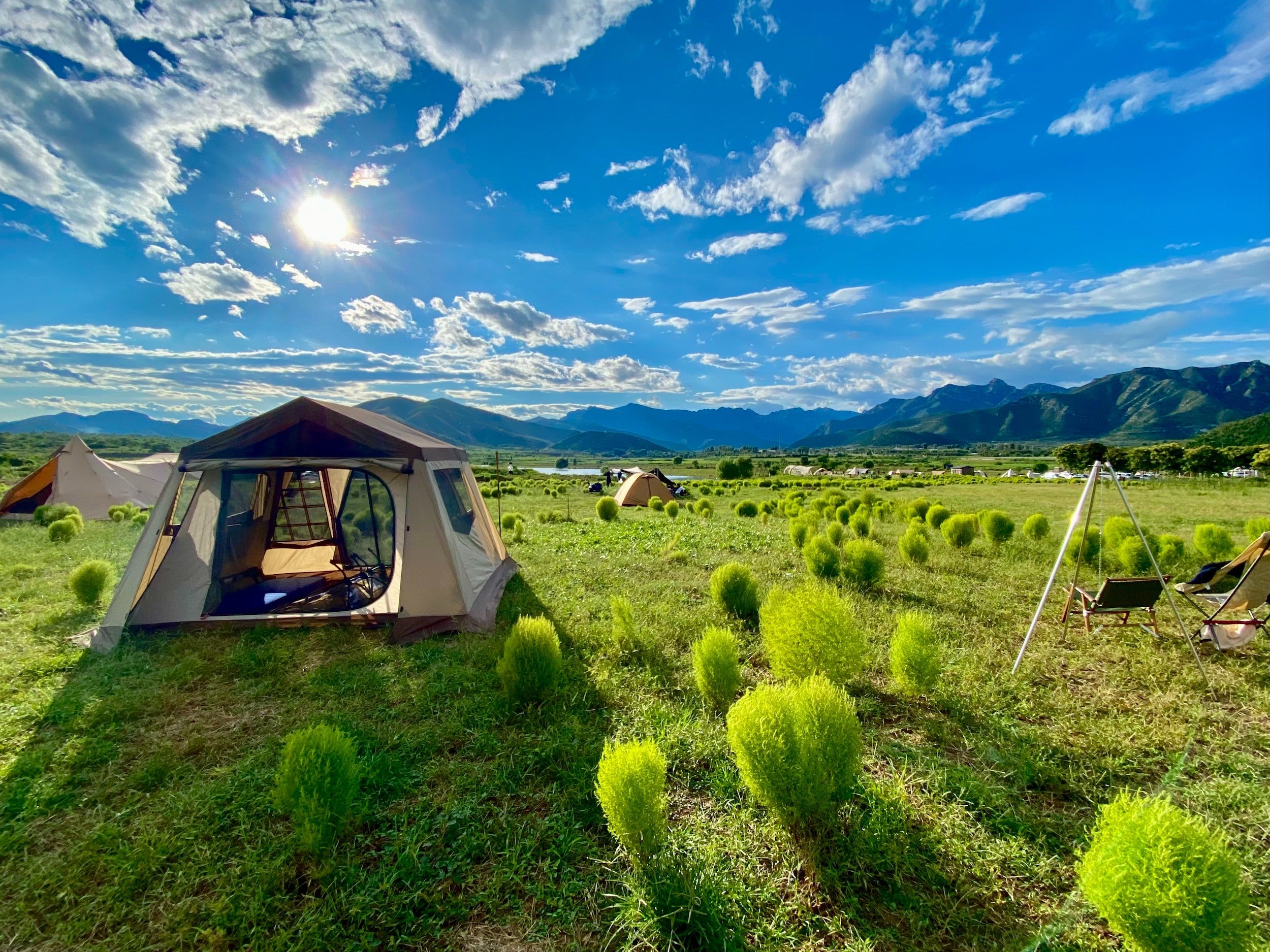 Ekodome is Now a Preferred Partner of the American Glamping Association 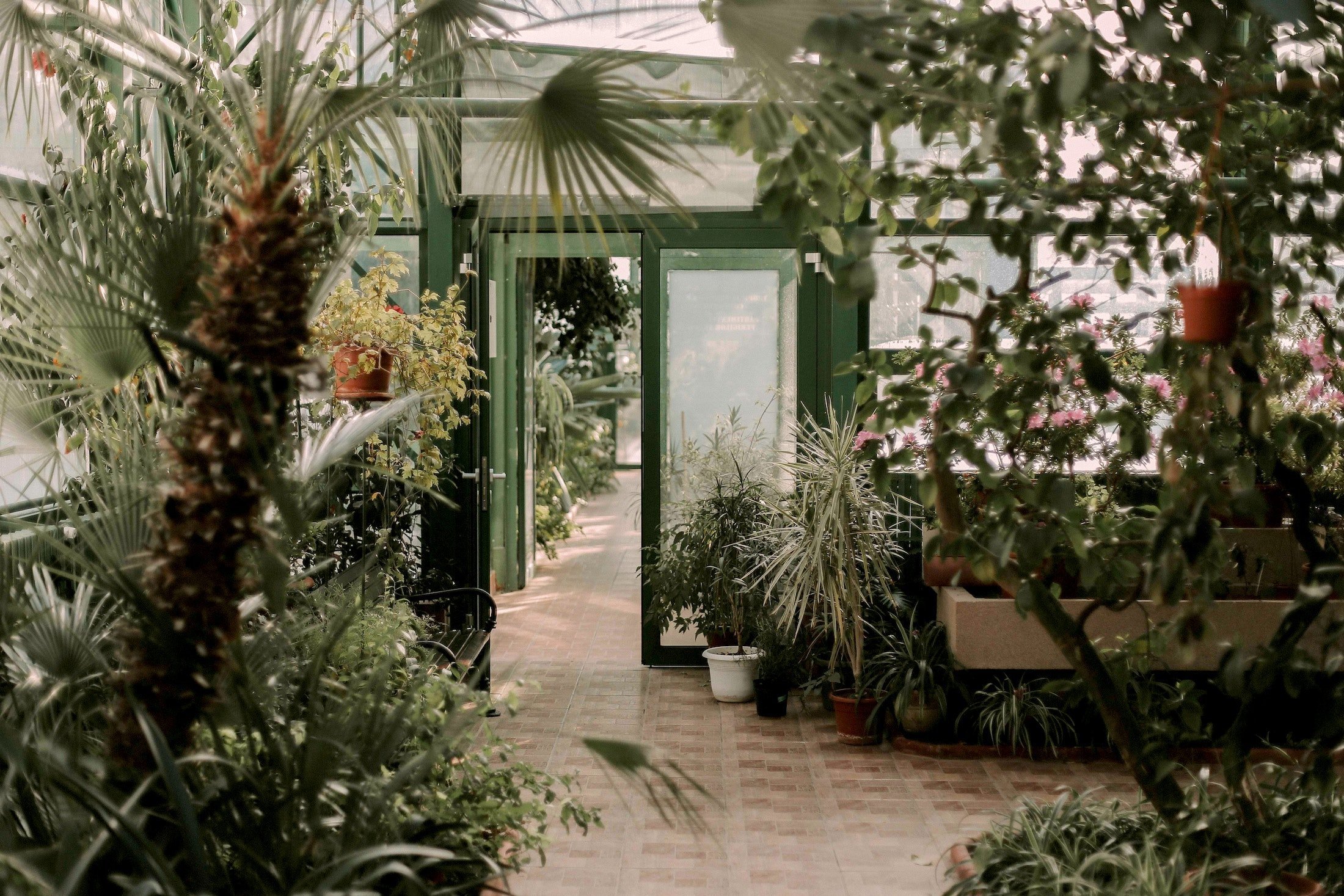 Living Inside a Greenhouse: Everything You Need to Know About the Movement 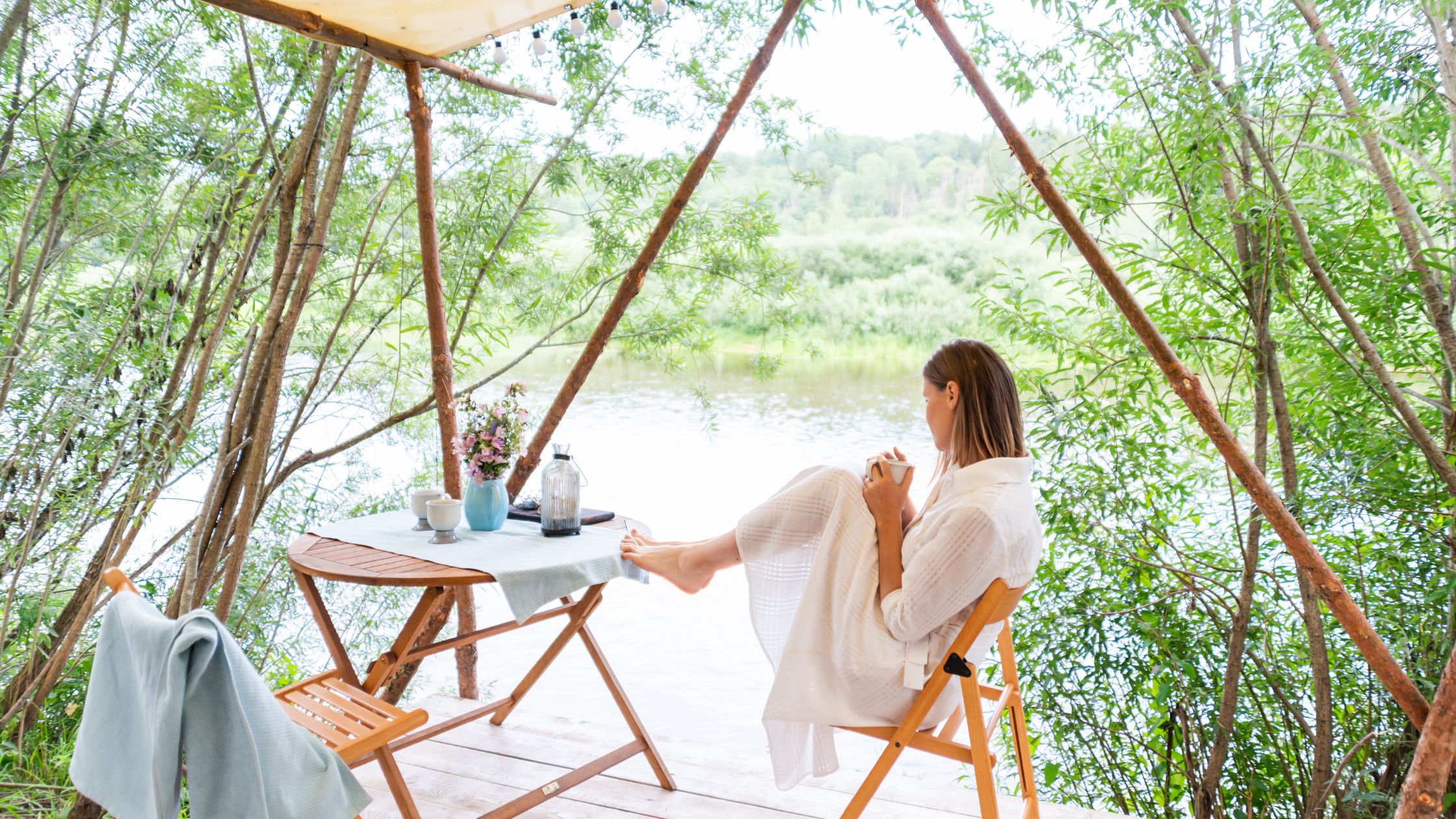 Tired of Economic Uncertainty? Short-Term Rentals Might be the Perfect Hedge 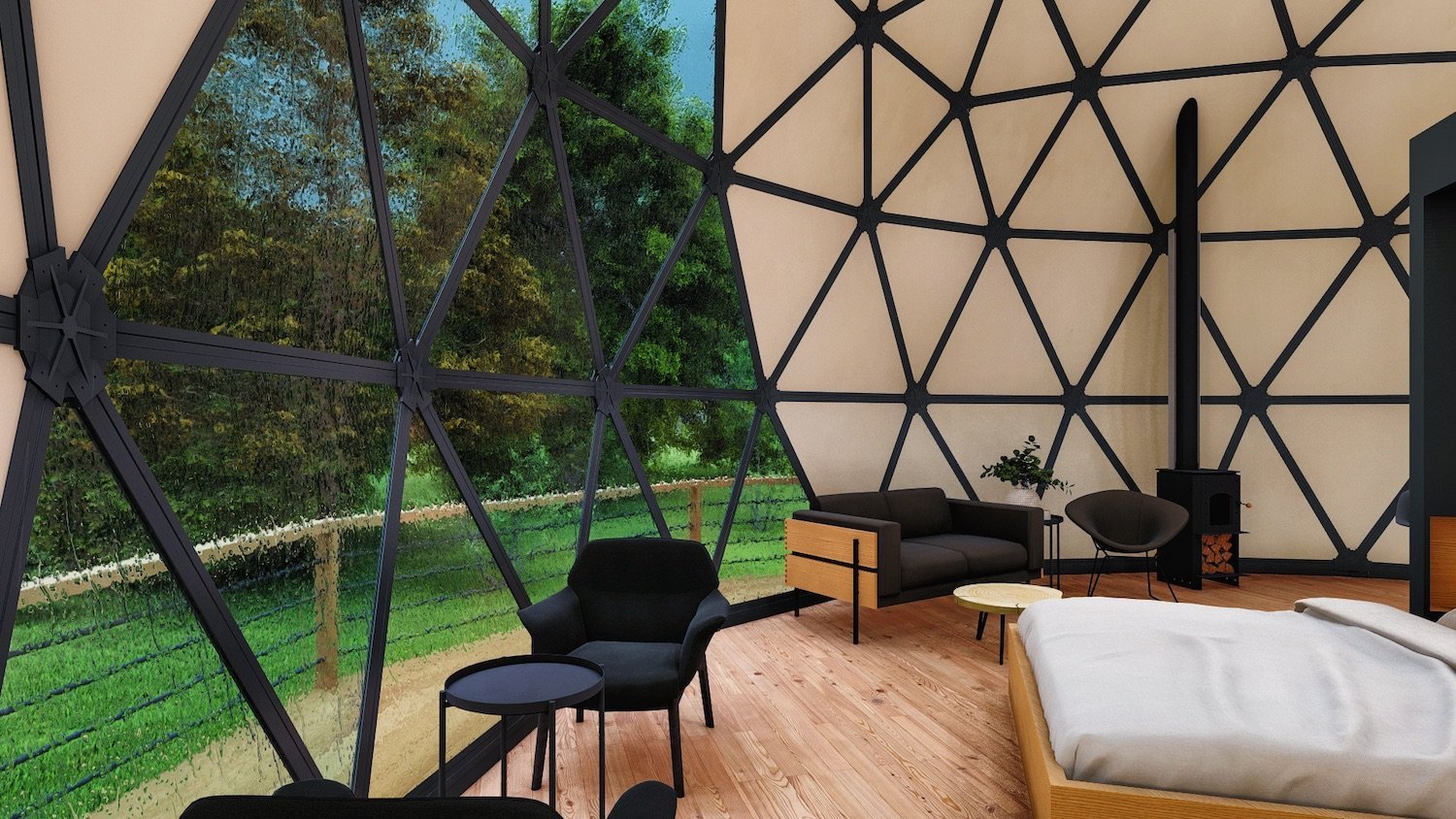 Ekodome at the Glamping Show USA